Welcome to the official website of Network Technology Co., Ltd.!

This tutorial is mainly a pin AC variable speed model. Through the introduction of the main components (SCR, DB3, Capacitor, R) on the PCB'A of the RG5 SERIES and the interrelationships between the components, let us further understand the product and understand the switch How to achieve and control shifting.

Introduction to Switch Electronic Circuits This tutorial is mainly a pin AC variable speed model. Through the introduction of the main components (SCR, DB3, Capacitor, R) on the PCB'A of RG5 SERIES and the interrelationships between them, let us further understand the product And understand how the switch realizes the speed change and control the speed change. A. Triac (unidirectional) Triac's working characteristics

The role of thyristor in the circuitThe most basic role of thyristor in the circuit is the rectifier.The following is a simple single-phase sinusoidal rectifier circuit in the right. In the positive half cycle of the sinusoidal AC voltage V, at time t = t1, a trigger pulse Vg is input to the control electrode (G), and the thyristor is turned on (ignoring its forward voltage drop). The output waveform is as shown below The area of the shaded part is the average value of the output voltage.

It can be seen from the figure that in each positive half cycle of the input voltage, the line angle that passes from zero to the trigger pulse is called the control angle α (the time from 0 to t1 in the figure). The phase angle of the pass (the shaded part in the figure) is called the conduction angle q.  respectively indicate the range of blocking and conduction of the thyristor in each positive half cycle. By controlling the arrival time of the trigger pulse Vg, it is changed The control angle α or the conduction angle changes the average voltage on the load to achieve controllable rectification. Note: The conduction angle at one degree at 50 Hz = 1 / (50 * 360) is approximately 0.055 ms. Hz = 1 / (60 * 360) approximately 0.046 ms

The following uses a simple circuit diagram to illustrate the working principle of a bidirectional trigger diode.

Assume that the trigger voltage (conduction voltage) of DB3 used in the figure is 30V. When the adjustable input voltage U increases from 0V to 30V, the bulb L will not light, indicating that DB3 is not conducting. But when the voltage reaches 30V, the bulb is on. At this time, DB3 is turned on at this time. This result indicates that the bidirectional trigger diode itself has a forward turn-on voltage (V B0). When the external transient voltage reaches V B0, DB3 is turned on, and DB3 is equivalent to the path Components. DB3 is mainly used to trigger thyristors in the circuit, and at the same time it acts as overvoltage protection in the circuit.

1. During the negative half-wave period, the voltage difference between the two ends of the diode tends to be constant about 0.7V, which ensures that the voltage across the capacitor is maintained at about 0.7V (the capacitor cannot be charged). Used in conjunction with the thyristor to make the output waveform a half wave. 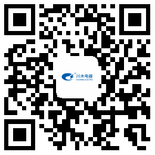